Rapper Quata who made an appearance on the popular satirical talk show Tonight with Nii Kpakpo Thompson on Joy Prime last Sunday, insisted that he introduced Tongue-Twisting rap into the country inuring to the benefit of all including colleague Sarkodie.

He told host Nii Kpakpo Thompson, “We [Sarkodie and himself] are dwelling on the same path, and that is tongue-twisting. I originated it. That is how beautiful life is. Kwame Nkrumah didn’t get independence to enjoy for himself. When you invent something you want it out there for people to benefit.”

Quata however revealed that he has found it extremely difficult to find a Ghanaian artiste who is prepared to collaborate with him since he decided to return to rap music after a short break, pushing him to seek collaborations outside Ghana. 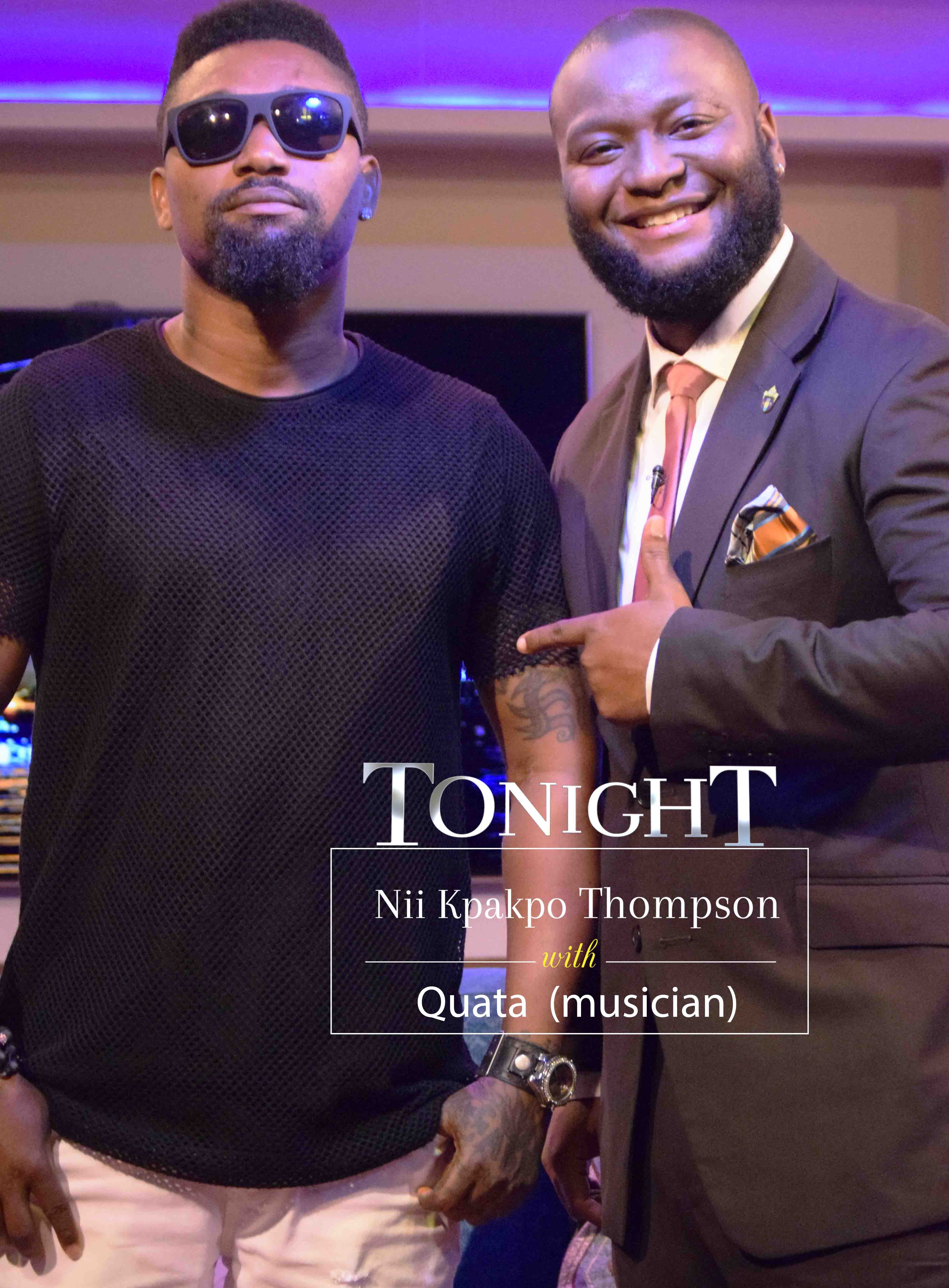 “I have been dormant for a while. I was hibernating a bit. I was trying to do a couple of collaborations when I was coming back into the scene and it was a bit difficult to work with our own people. You will call Ghanaian artistes and they will give you one excuse to the next and you will be waiting for six months to a year for just a simple collaboration with your own mate.”

“It was becoming a bit difficult so my team was like, ‘come on men we are trying to do music for the people so if people are rejecting or do not want to accept what you wanna do with them, then we should step out and do something without the people, because we are not doing music just for Ghanaians.” So we stepped out and started negotiating with artistes from other countries,”” Quata disclosed.

The rapper who has resorted to throwing shots at Sarkodie in the past few months did not miss an opportunity to take a dig at him one more time despite admitting that his he has no hatred for Sarkodie.

Quata is expected to bring the popular South African music group Uhuru to Ghana during his Album launch in a couple of months.