In a press statement released from the office of the president, President Akufo Addo has nominated Mrs. Jean Adukwei Mensa to replace Mrs. Charlotte Osei who was removed from office on 28th June 2018.

Ms. Adwoa Asuama Abrefa has also been nominated as a member of the commision by the president. 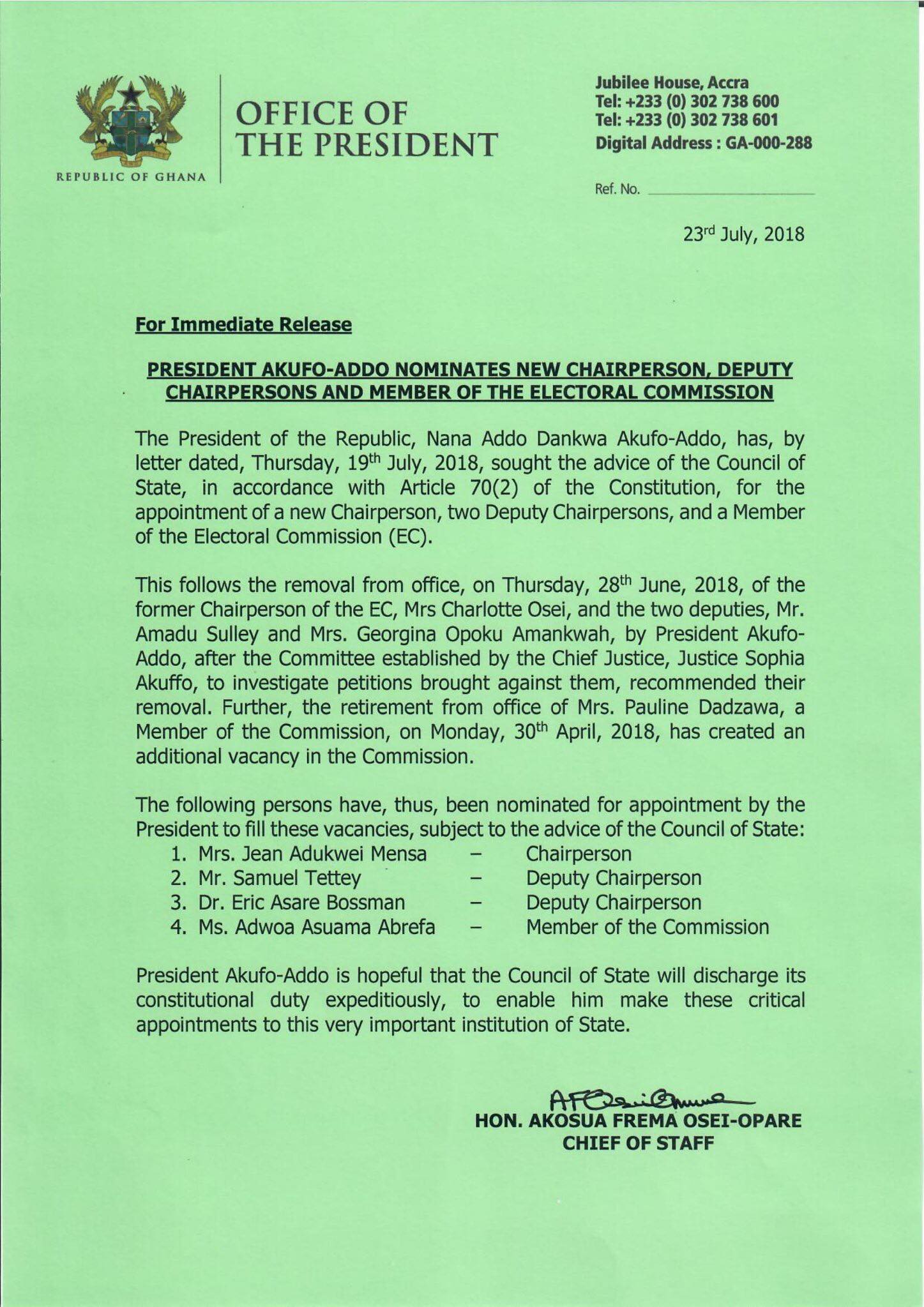