Nigerian actress Damilola Adegbite has confirmed the end of her marriage to Ghanaian actor Chris Attoh.

In a recent Instagram post, she alluded to her current situation with Attoh after weeks of reports. She showed off her left hand without the wedding band indicating her REBIRTH.

“The wisdom to accept what I can’t change, to change what I can and to know the difference… REBIRTH” was the accompanying caption to the photo she posted. 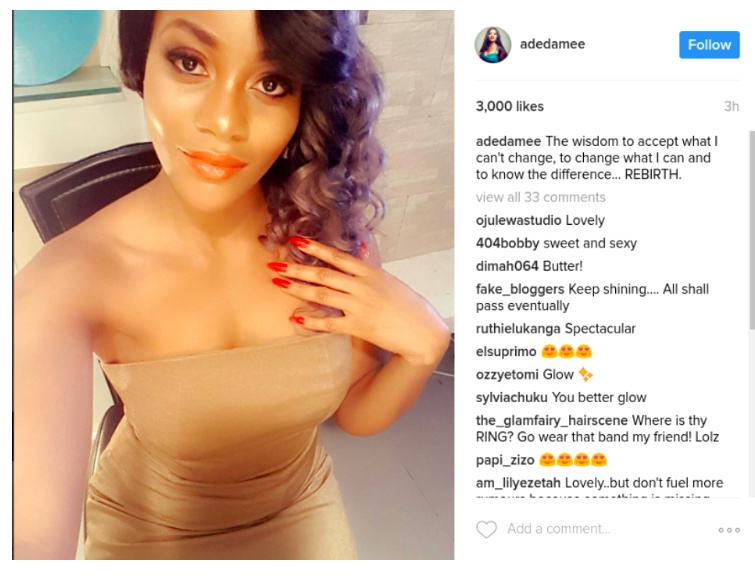 The 2-year marriage of Ghanaian actor Chris Attoh and his Nigerian actress wife Damilola Adegbite Attoh is over.

Persons close to the situation tell livefmghana.com “love does not live in the Attoh house anymore.” The union apparently ended weeks before the second anniversary celebration on February 14 this year.

Attoh posted a mushy post on Instagram in hopes of getting his queen back on the day which is celebrated around the world for honouring special people.

“Dearest Dami, Our anniversary is a celebration of the mistakes we made in the past, memories we are making today and all the happiness that is in store for us in the future. I don’t know where I would be, if you hadn’t supported me this far. if it weren’t for you, Our house would never have become a home, Our child would never have understood the meaning of family without you. I continue to experience true love because of you. Today, as we celebrate our anniversary, I just want to say thanks for everything baby. These past years, I pray I have been the kind of guy that an amazing woman like you truly deserves.
Today is the perfect moment to say Thank You for all the sacrifices you’ve made to keep the boat of our lives afloat. It doesn’t take a rocket scientist to discover that a beautiful wife with a beautiful heart equals a beautiful life.
Happy anniversary sweetheart, and a happy Valentines Day. Nii.”

Damilola neither responded nor ‘liked’ the picture making people question if the couple were facing difficulties.

Insiders say the breakdown of the marriage is likely due to financial issues and Mr. Attoh’s frequent travels in the name of shooting movies leading to a feeling of neglect. 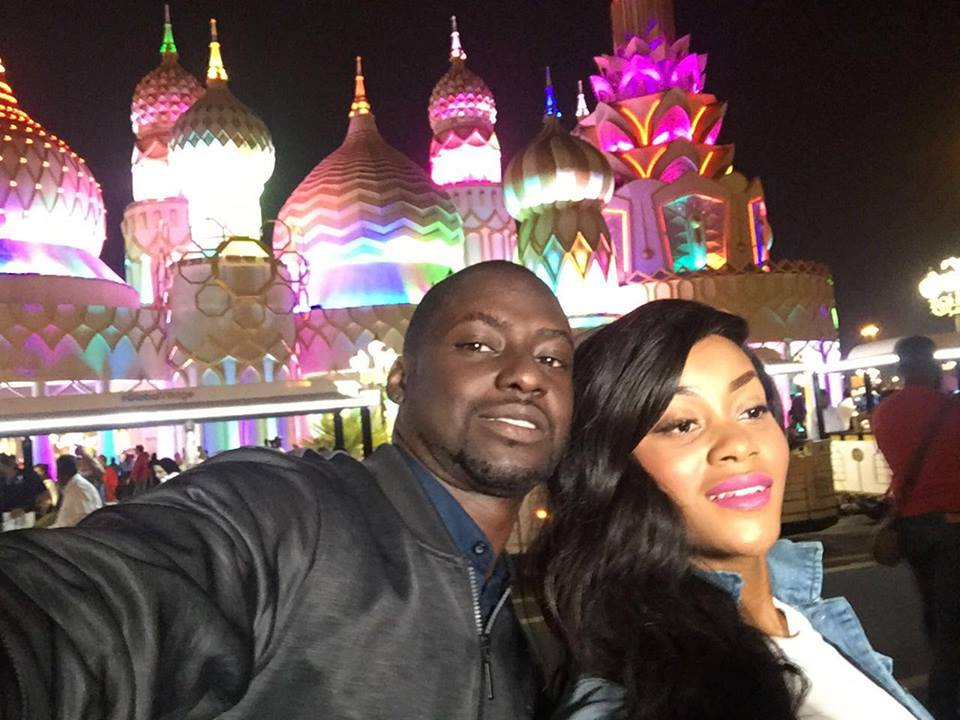 Chris Attoh and his wife, Damilola (nee Adegbite) met on the set of Television series Tinsel.

They also played lead roles in the movie Six Hours to Christmas. a production by Shirley Frimpong-Manso’s Sparrow Production.

The couple married in a private event witnessed by family, close friends and associates on February 14, 2014. They are parents to son, Brian.

In the cover story for the June 2015 edition of Glitz Magazine, he told the publication, he is not worried about the exes of his wife because ”at the end of the day I ended up with the prize. Dami is my queen.” 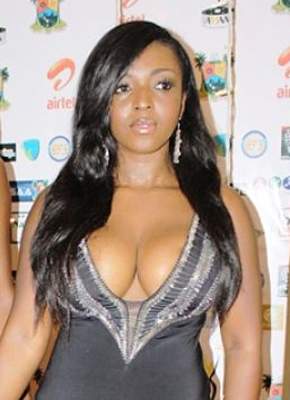 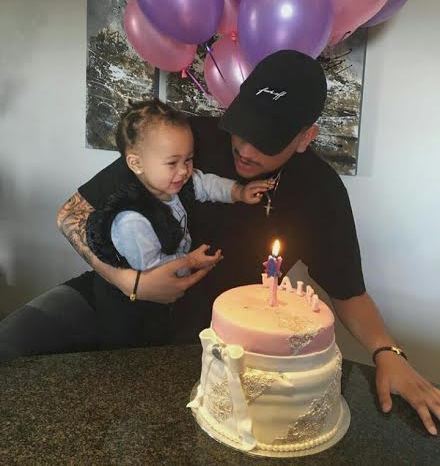